Hong Kong is known as a city that never sleeps. A population of 7 million-plus citizens. Almost every adult in Hong Kong works from morning to evening and lives a hectic lifestyle focused on work and earning. This leaves little time for the things that need to be taken care of at home, for example – cooking, cleaning, childcare and other domestic errands. Unfortunately, the busy lifestyle does not make this easy, as both partners must work to provide their families with the best life.

Living in Hong Kong sounds tough, doesn’t it? – This is why nearly all Hong Kong residents have hired saviours known as domestic helpers, nannies, housekeepers or maids. It is believed that Hong Kong would not be able to survive without these silent heroes, as they are the backbone of many Hong Kong homes.

The domestic helper may perform some or all of their duties while the employer is at work. These domestic helpers make life much easier and more manageable for an average working Hong Kong resident. Their duties involve cleaning, cooking, taking care of the children in the family, and shopping for their needs. Their jobs come with various serious work risks.

These risks are why the Hong Kong labour department has made it mandatory to have domestic helper insurance when hiring helpers. This article will explain why purchasing the best Domestic Helper insurance is essential to protect your helper and your family.

What is Domestic Helper Insurance? 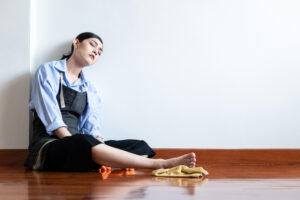 Domestic helpers may be heroes, but they are still humans that are vulnerable to injuries. These injuries could happen anytime while they are performing duties for their employer. It could be from cutting themselves while cooking or falling while cleaning the home. These injuries can be severe and result in rushing to a hospital.

It will be the employer’s duty to pay for their recovery and care. Not all injuries can be fixed with a simple bandage and may add up to a significant financial bill.

2. Medical Protection-(Injuries and Sickness at Any time)

Domestic helpers must be safe wherever they are and whatever they do. Although we all know how safe we try to be, some accidents and mistakes happen surprisingly. Accidents could be anything from the domestic helper slipping and breaking a bone on her day off to something more life-threatening like a disease or getting hit by a car. Especially due to the pandemic, the risk of illness has increased and can result in hospitalisation of the domestic helper. This, again, could cost the employer a sizeable medical bill and financial loss.

Like any person, domestic helpers are unpredictable, and their actions cannot always be controlled. Although, in the end, the employer is liable for their actions and will have to pay the consequences ( depending on how serious the actions are). Third-party liability can be either physical or accidental property damage caused by your helper.

Domestic helper insurance will protect from these surprising incidents on the third party. The insurer will pay for the costs involved. These incidents may be unlikely, but it is always better to be safe with good domestic helper insurance, as accidents can happen anytime. This will help the employer reduce financial risks and also gives peace of mind if, in the future, an unlucky accident is caused by the helper. 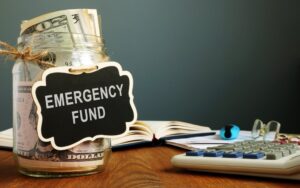 4. Expenses For Helper To Return To Her Country (Emergency)

Sometimes, a domestic helper has to return to her home country due to drastic health reasons. The employer must send and pay for the helpers travelling home due to their health or termination of the contract. When sending a helper home, it can be expensive, depending on the time and related issues. In the worst case, the helper may pass away in Hong Kong, and it will be the employer’s duty to send the remains back to the helper’s home country and the family, which can cost more than HKD 10,000.

In these horrible case scenarios, domestic helper insurance will help the employer pay for flight tickets to their home country and will cover all costs involved in any case. However, the helper’s reason for returning home must be an emergency or medical-related. Hopefully, no emergencies occur, but an employer should always be ready to help their helper in any case.

A domestic helper is like any employee, as there is a risk of them not being who they are. A company hires employees after maybe 1- 3 interviews- then are shared company secrets and work. Domestic helper is the same; they are in charge of the house, children, and sometimes even bank cards. It is unlikely, but possible, that the helper may not be as honest as desired. An employer will only discover this when it is too late. Such dishonest acts mainly include stealing from the employer.

Domestic helper insurance provides fidelity protection from these risks and dishonest crimes. The insurance will cover whatever has been stolen and the cost of replacing the door lock. Some insurance will also provide re-hiring expenses when the employer fires the current domestic helper due to these reasons. It is also essential to purchase high-coverage insurance to protect yourself, as it is almost impossible to forecast how the domestic helper will act in the future.

Domestic Helper Insurance Benefits for Everyone 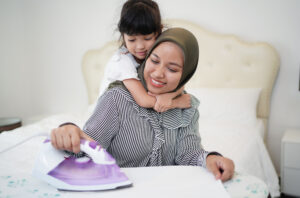 Helper Feels Protected And Cared For

Most families are fortunate to find hardworking, kind, and trustworthy helpers. Although at first, helpers could be either a blessing or a curse to the family as they are strangers on day one. It can go either way and is a risk one has to take in Hong Kong. If things get bad, the employer does not have to worry – as the insurance will reimburse their financial loss and take action to ensure the family is safe.

The highest quality protection will still cost less than HKD 1,000 per year. Many factors make purchasing high-quality domestic helper insurance a good choice. The value of the insurance is defined by the amount it will cover the employer and the helper. Therefore it is vital to buy the best quality for the best outcome and protection. It is an investment for a better and safer tomorrow.

We never know what could happen to these silent heroes who serve our homes and our needs in Hong Kong.

To Learn More about Domestic Helper Insurance and get the best coverage for you and your domestic helper, contact Red Asia Insurance.

We’re here to help answer any of your questions. Insurance is a large and complex topic. Our experts aim to assist you and ease the process, whatever your industry is.