Would you purchase film insurance for a 10-minute video? – Most of us would say ‘No’. But, unfortunately, even a 10-minute video can result in copyright infringement errors and some severe lawsuits-as you will soon realise in this case.

The case study will discuss how the famous French presidential candidate was a victim of copyright infringement errors in his candidate application video. Additionally, how film insurance would have made a difference.

Whether you create a video online using pictures or shoot the video yourself, there is always a chance of copyright infringement errors that results in lawsuits. The French presidential candidate found out about these risks the hard way.

His team took the pictures and videos from all over the internet without any permission, or licence. In the digital world, experts can pick up such actions in seconds – a cheap 10-minute quickly turned very costly.

The owners of pictures and clips had to take legal moves as their work was used for promotional purposes and broke copy infringement laws. The copyright owners included well-known French film directors Luc Besson, François Ozon and the production house Gaumont.

The owners took the case to court, where the candidate, also a talk show pundit, was found guilty of copyright infringement error.

Consequences Of The Errors

The candidate and his team had to pay around 100,000 Euros to the parties that owned the copyrighted work. The video was then rejected and not promoted on most public media. 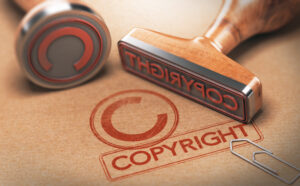 The case harmed his reputation on top of the large financial loss. The consequences included fines, compensation costs and even loss of ownership rights to his own video.

The video copyright infringement errors got more attention than his words in the video, which ruined his chance of winning the campaign and gaining followers.

How to Avoid Copyright Infringement?

Copyright infringement errors are one of the worst claims a business can face due to the expensive fine and reputation damage. It is a horrible feeling when you have worked hard on a video project, which is all gone due to error claims and unlicensed work.

The best way to avoid copyright Infringement errors are:

Film insurance will help deal with these copyright infringement errors in such cases. Film insurance protects the production company or individual film project from possible liabilities risks, and claims related to the project.

The insurance can be designed for huge film projects to small videos.  The cover will provide the cost of lawsuit defence and settlement costs. All film projects must be protected from errors and omissions claims, especially if the project will be promoted to the public.

So, if the presidential candidate and his team had film insurance, they could have saved some of the financial loss and even reputation damage (settlement payment to stop the case from going to court).

Film insurance also covers injuries, equipment damage, errors and omission claims, and third-party damage. It is one of the best insurances to get before beginning your project, no matter how big or small.

Hence if there are even the slightest risks related to your film or footage – you need film insurance.