What is Film Insurance? 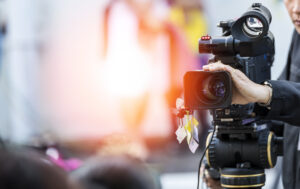 Film insurance protects your production company and/or individual film project from any possible liabilities that may happen during filming.

As there are various categories of films, such as low budget short films, feature films, commercials, documentaries and more.There are many different types of insurance coverage and policies offered to filmmakers.

Film production insurance is purchased by a producer or the owner of a production company. The purchasing of film insurance for a particular film project will take place during pre-production.

Film Insurance covers aspects such as:

What should you know?

Protection is available for either individual film projects or a slate of productions.Although some insurers are adding exclusions for COVID-19 or contagious diseases to existing policies when cast members get medical exams.

In order to reduce their own liability, many documentary producers have begun asking participants and crew members to sign liability waivers, often including these in crew deal memos and on-camera participant release forms.

All You Need to Know About Film Insurance

It is a lazy Sunday afternoon; you don't want to move from that comfy sofa; what do you do?- Most of us put on our streaming platform and watch a good movie or show. A good movie or show can entertain, educate, and inspire us as viewers in various ways. Films/shows have become a big part of our life's and a go-to entertainment daily. Especially with platforms like Netflix, Amazon Prime and Disney+, it has become easier to switch to your favourite movie and block stress out for a few hours. Although, have you ever stepped back and thought about [...]

How To Practise Safety On Set To Avoid Filming Risks?

Creating any film project takes hard work, the right talent, staff and management. These factors are crucial for [...]

How a Cast Injury Could Ruin the Future of a Film?

Joining the filmmaking industry is getting a bit easier with the increase in technology and movies being filmed on [...]

What Risks Does the Cannes Film Festival Face?

Movies, films, motion pictures- many ways to describe the visual entertainment that we enjoy and get lost in. Films [...]