All You Need to Know About Film Insurance 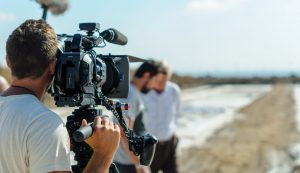 It is a lazy Sunday afternoon; you don’t want to move from that comfy sofa; what do you do?- Most of us put on our streaming platform and watch a good movie or show. A good movie or show can entertain, educate, and inspire us as viewers in various ways. Films/shows have become a big part of our life’s and a go-to entertainment daily. Especially with platforms like Netflix, Amazon Prime and Disney+, it has become easier to switch to your favourite movie and block stress out for a few hours.

Although, have you ever stepped back and thought about how these movies are made and how expensive it is to produce. Creating a movie or show can be challenging for producers, actors, directors, and crew members. There is a long list of risks when producing a film project, from accidents to error lawsuits. One accident can cost a producer/company millions or even more. The risks are due to the expensive equipment, cast & crew liability and possible lawsuits by the public.

It is easy to chill and enjoy a movie as a viewer, but it can be stressful for a producer and crew to create them. Unplaned risks are why producers and entertainment companies purchase film insurance. The insurance allows them to breathe easier and know that film insurance will cover unwanted accidents.  This article will explain why film insurance is vital to any producer of any visual entertainment project.

What is Film Insurance?

Film insurance protects the production company or individual film project from any possible liabilities during filming. There are various categories of films, such as low budget short films, feature films, commercials, documentaries and shows. Insurers can customise policies to be the perfect insurance fit for the project. The film insurance policy will cover injuries on set, equipment damage, errors and omission claims, and third party damage.

Additionally, the producer must be honest with the insurance company to gain a high insurance cover and register all equipment, script, and project members. Believe it or not, some stunts are almost un-insurable.

Why Do Producers Need Film Insurance?

Creating a great movie comes with great responsibility. When making a movie, the creation team involved has a duty to the public to entertain and at the same time not offend any member of the public. Films commit to being original, not speak negatively of any group and providing the right message to the viewer. Especially a movie or show based on a true story has a greater responsibility to the viewers to provide accurate information about a specific topic or person. When a film has made an error and has not obeyed its responsibility, it may be a victim of a lawsuit by the public—resulting in a huge financial loss and production company brand damage. 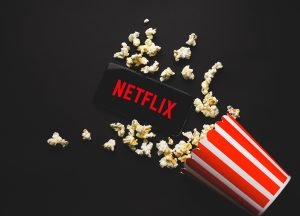 Error and omissions claims can occur at any time and from anyone. For example, the famous Netflix series ‘Queens Gambit‘ was a victim of an inaccurate representation lawsuit. Queens Gambit shows the life of famous chess player Nona Gaprindashvile and how she became a chess champion. The show was an instant hit worldwide. Unfortunately, Nona Gaprindashvile disagreed, as she filed a lawsuit against Netflix seeking millions of dollars for being misrepresented. The series showed her playing  against men and being an all sex world champion, but in fact, Gaprindashvile said, “she’s the female world champion and has never faced men.” The case resulted in Netflix facing a significant financial loss due to the case and compensation settlements.

Film insurance is the best cover for such situations, as the insurance will provide the cost of lawsuit defence and settlement costs. All entertainment companies must be protected from errors and omissions claims, as errors are unpredictable. Film insurance will save the company a large amount of funds and protect its brand image.

Many of us would agree the actor is one of the most crucial factor of a movie. Producers would agree with this as they provide them with a hefty salary to do the role justice. Therefore when a cast member is injured, it puts an immediate pause to the production of the movie or show and can be costly. The costs include medical costs and film interruption loss. Accidents and illness can happen at any time, especially when you are shooting an action movie. There have been thousands of injuries due to the stunts that make us drop our jaws. It is the production companies responsibility to pay for their medical recovery and halt production till they return. 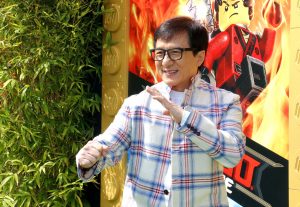 For example, Jackie Chan is known as one of the most popular action actor worldwide. He performs his own stunts, which is impressive for us viewers but a producer’s nightmare. In the act of performing his stunts, he has broken his nose three times, his ankle once, most of the fingers in his hand, both cheekbones and his skull. Thankfully overtime stunts have become safer with technology and stunt teams, but injuries still happen that are costly and inconvenient to the producer or company.

Film insurance brightens producers’ nightmares, as this insurance will provide the costs related to the casts liability. Although film insurance doesn’t mean that producers can allow their casts to perform any stunt, the insurance company needs to be informed about each stunt for it to be insured. Therefore as long as the stunt isn’t too crazy, the insurance will help the producer or company cover their cast throughout the project’s production. The cover includes injuries, illness and project interruption costs.

Creating a movie needs plenty of equipment, from cameras, microphones and lights. These film assets are extremely expensive, especially in a feature movie, show and commercial. If you think that Sony or Canon DSLR cameras are costly, you should look at the price of commercial cameras. All equipment is crucial when creating the visual project and production order crew to be as safe as possible. Unfortunately, how safe one is, accidents and slips happen, which result in broken equipment.  Damaged equipment has to be replaced or fixed instantly for the project to continue and avoid lengthy interruptions.  It is the duty of the producer or producing company to pay for the replacement, which adds unwanted expenses and disturbs the budget.

For example, when shooting is on crowded sets or outdoor sets, this increases the risk of someone accidently pushing a filming camera over. In addition, an average Hollywood filming camera costs a minimum of USD 28,000 (HKD 218,158). Therefore when a camera like this is damaged, it can be a disaster to the schedule. The producer will need to take money out of another scenes budget to put into a new camera.

Film insurance provides a perfect cover for such cases as the insurance will provide the cost of repair and replacement of film property. The insurance will cover rented and owned equipment, although the producer or company will need to give the insurer a list of all equipment used. The insurer will not be cover any equipment that the company has not listed. 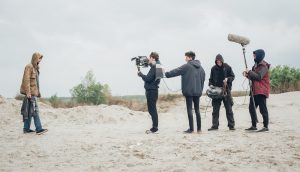 Accidents on set are quite common, and they can affect an actor or a crew member. At times the crew member can be seriously injured or even die. For example, in October 2021, Alex Baldwin(actor) accidentally fired a real gun with a bullet due to a mix-up in props. Unfortunately, the shot fired accidently hit the cinematographer and sadly killed her. It was a devastating situation, and it was the duty of the production team to provide the family of the victim with a large compensation. Such cases can also bring large lawsuits that affect the production team.

Like cast liability, film insurance will provide medical and compensation costs for the affected crew. In addition, film insurance will also provide legal defence costs if the crew member decides to sue the production company. The insurer should have the list of all crew members, from the cameraman to the intern, to get the best coverage.

The bigger the film, the more shooting sites leads to high chances of risks. A movie or show can involve many locations and interactions with third-party. Third-party includes the public and also the property nearby. In most cases, projects need permission and licences to work in specific locations, with the agreement that no third-party person or property will be damaged. As mentioned, things don’t go as planned, sadly.

For example, many projects are now filmed using drones, and as we all know, we cannot fully trust technology. The drone can drop while shooting the location, fall on a random person’s head, and cause bodily injury. The producer or company will be liable for this third party injury and will have to pay medical costs, compensation settlements or even face a lawsuit. 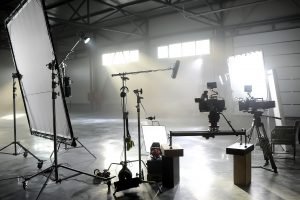 When Should A Producer Purchase Film Insurance?

Generally, the owner of a production company or the producer running the production purchases the policy. A good film insurance policy effectively covers most of your production needs. Producers never want to be in a case where something goes wrong on set that the insurance doesn’t cover.

Things don’t always go as planned. Filming runs late, equipment gets lost, and unfortunately, crew members could get injured. These are reasons producers purchase film insurance before each production.

To learn more about  Film Insurance and protect projects and everyone involved from the range of risks, contact Red Asia Insurance.