Through the years there have been countless destructive events that no one could have predicted and till now we don’t know how to protect ourselves from unplanned events. Although at the end of the day, we all think our homes are the safest places and feel protected at home. Unfortunately, this isn’t always the case, as your home safety can be as unpredictable as the outside world.

Nearly everyone would agree that they would do anything to keep their home safe and protect their valuable items and loved ones. At the same time, a few still believe that home insurance is not needed in a safe and modern city like Hong Kong. Hong Kong may be a modern first-world city, but like every place in the world, there are risks to your home. Ranging from burglary, weather disasters, fires, and flooding caused with no warnings. Due to these unexpected events, many lose their homes, valuable items. This article will persuade you to purchase the best home insurance for your benefits and why it is so crucial to do it soon in Hong Kong.

What is Home Insurance?

A  sudden misfortunate incident such as a storm or theft, can turn a person’s world upside down and can be almost unrecoverable. The only thing that brings hope to a person whose been through such a disaster is when they remember they have home insurance.

Reasons Why  Home Insurance is Important in Hong Kong

Hong Kong is a modern and developed city, that has a population of 7 million people and
With more than 7,800 high-rises. With more than 300 buildings surpassing 150 meters in height. This statistic gives us a rough idea of how many flats there are in Hong Kong and how high most of these flats must be. Each one of these flats, low or high floors have a chance of being affected by a natural disaster, which in Hong Kong is known as a typhoon. Typhoons are one of the most common storms that hit  Hong Kong yearly  several times

Typhoon season starts in May and lasts until November. Although typhoons are part of the Hong Kong lifestyle, they can still cause unfortunate situations. The typhoons range from 1-10, 1-3 being considered safe, and 8-10 being considered hazardous. Typhoon 8-10 is when your home and personal belongings are in danger. These typhoons can cause serious damages in various ways. Some of these damages include broken windows, flooding,  water seeping through walls, and even at the worst risk of building structure damage. A popular example is the latest drastic typhoon 10 in 2018 that shook Hong Kong: Typhoon Mangkhut. The winds reached 250km/h and caused a record storm surge, uprooted around 1,500 trees, and left more than hundreds of windows smashed all over the city.

South China Morning Post has recently published an article that states “Hong Kong will suffer typhoons more destructive than Mangkhut, droughts that wreak havoc on drinking water supplies and pummelling heatwaves if global warming exceeds 2 degrees Celsius (3.6 degrees Fahrenheit) by 2050”. This shows how there is much more damage to come to homes and buildings.

Fire is a hazard that can ignite from something very small and result in brutally destroying everything as it grows. It is an element that can grow very quickly if not put out as soon as possible. This is why it is a threatening risk to a home, as it can destroy walls, furniture, expensive assets, and even take the resident’s life. A house fire can occur at any time. The worst situation is when they occur as the residents are out of the house, hence there is no one to stop it and it is too late. These house fires result in the homeowner and even the tenant suffering from great loss and unrecoverable damages.

In 2020, the Hong Kong Fire station Department (FSD) received a total of 33,632 fire calls. As stated Hong Kong has a large number of cases related to fire. In many cases, fires have spread through homes and resulted in terribly damaged property and unfortunately death too. A recent case that occurred in April was due to something so ordinary as a massage chair, that had burst into flames and resulted in burning the full building. Common everyday tasks that that one may pay no or less attention to can ultimately be the cause of a house fire. The most common causes include cooking, faulty wiring, heating technology, overused plug points, and more. A small fire incident can turn into a life-changing tragedy. 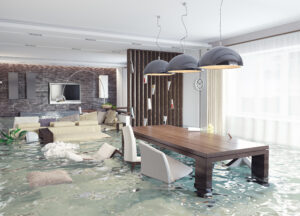 Floods are caused worldwide and have been known to change people’s life’s for the worst, due to property damage and financial loss. They can be caused by many reasons in Hong Kong, such as the weather, leaking pipes, or burst pipes. All these factors can cause the water to collect and damage walls, technology, and flooring. A flood can also seep into wiring causing sparks and resulting in a fire. Water damage can be almost as destructive as fire as it can cause structural damage and like fire, affect flats nearby.

Home Floods are very common in Hong Kong due to the unpredictable weather and heavy rainstorms yearly. Early 2021, a black rainstorm had caused a flood in many homes all over the city causing an increase in property loss. As discussed earlier the severity of typhoon are going to increase causing more floods and damages. Flood damages are also one of the most expensive to recover from as it takes months to fix walls, wiring, and more.

Hong Kong is known to be one of the safest countries in Asia, but this does not mean that there are no crimes. Like any location, there is always some burglary and anyone can be a victim, no matter where one lives. Burglary is when one illegally enters a property with intentions to steal valuable property.  Everyone trusts their home is safe and leaves their most valuable items at home, without thinking once that that item could be stolen anytime. The items include TVs, laptops, wallets, speakers, and much more that they know they can sell.

Even though Hong Kong is considered safe the  HK government report there were 2,095 burglary cases recorded in 2020. This statistic shows that even when people lock their homes, there is always a chance one could find a way to enter and steal expensive assets. Coming back home to valuable items missing can also affect a person emotionally as it causes trauma, shock, and worse emotion when one knows they cannot afford to replace these items. In most cases even if the criminal is caught, the items cannot be returned as they have been already sold. Therefore, the person is at loss and feeling helpless even in a territory like Hong Kong.

What does home insurance cover?

All these damages, losses, and mental frustrations can be avoided by simply purchasing a Home Insurance policy. Home insurance from a company, such as Red Asia Insurance will be one of the only things that will help one recover if they, unfortunately, have to face any of the above damaging incidents.  An insurance policy is becoming a necessity and is proven to help a range of clients recover from such incidents. 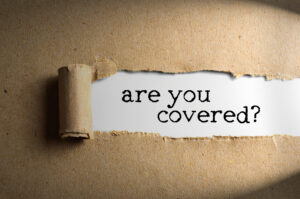 Home repairs after a disaster are extremely expensive and more pricey to replace all the valuable assets that were in the house. When one gets home insurance they automatically reduce financial risk during these times of need. Home insurance will compensate the full home when it has been damaged by a man-made or natural disaster. This means the owner does not have to spend more and more to rebuild the house. The insurance company won’t just compensate to rebuild the home but also reimburse the assets that were in the house at market value. This means all those furniture, computers, and TVs financial loss will be paid to the owner of the insurance by the insurance company.

Most Common Mistakes Made When Buying Home Insurance

Many common reasons can result in a claim on your Home Insurance being denied. These reasons depend on the insurance policy one invests in. An insurance company has to be careful and analyse the cause of the incident before reimbursing the value.  Home insurance fraud is one of the most growing crimes in the world, from people starting a fire themselves to gain some money. This is why the insurance company will involve surveyors to examine the home and come to a conclusion if it is a fraud or not. The things that are not covered would be damages caused: by neglect, incidents with deliberate maliciousness, and failure to properly maintain the home. For example, mould, rusting, a fire caused by the owner’s neglect may not be covered by a standard home insurance policy.

In conclusion, Hong Kong is the 2nd most expensive city in the world, homes are one of the biggest investments one makes in Hong Kong. That’s why it is crucial to protect this investment and avoid spending more unnecessary costs: with Home Insurance.

Tweets by RedAsiaIns
Go to Top