How A Startup Was Sued for The Misuse of Company Funds?

A company has many roles that help run the business, from directors to interns. However, the directors and managers are the key roles that determine how the company develops and are responsible for most outcomes.

One of their duties includes ensuring the funds earned and invested are used only for business expenses. Investors finance businesses to see profit and growth for the business and investors’ benefits.

However, if investors or shareholders are made aware that their investment is being misused for non-business activities, they can act and sue the business and its directors. The case study will show how an investor sued a startup and its directors for misuse of company funds.

The client is a startup sports retail business that provides fashionable sports apparel, exercise gear, and equipment. They opened their physical shop in Hong Kong after their success online. Their business plan involves expanding and opening more shops in Hong Kong and Asia.

At this point, it has three leading directors: the CEO, CFO, and the production manager. In addition, they have other officers such as HR and store managers. The three directors are the ones who make the big decisions and are responsible for the business.

The business has received various funds from investors to expand their business, which they used to move from online to offline and eventually gain more to develop. In most cases, the investors trust all directors and do not expect them to misuse company funds.

After a year of the physical shop, an investor noticed that the profit he gained back did not match the proposed profit (predicted). The investor contacted the CEO to investigate and gain more information on the business activities.

During the investigation, the CEO and production manager noticed many payments and invoices didn’t make sense. After following the fraud invoices, CFO admitted he was misusing company funds for cryptocurrency investments. 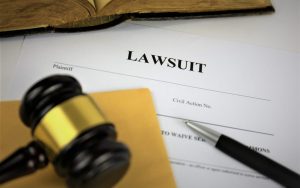 The CFO intended to return the money after making a profit, but the cryptocurrency crash did not allow this. As a result, all the misused company funds were lost. The total amount lost was around HKD 300,000

The directors had to inform all investors about this and the company’s actions to resolve the situation. Unfortunately, the investors and board members did not understand and believed all three directors were involved.

Therefore, they sued all three directors for misuse of company funds and breaching fiduciary duty (duty of loyalty).

A lawsuit against any professional can be devastating and even worse when they are startup directors. The suit will result in a large amount of financial loss and may destroy the director’s reputation. It could even stop other investors from investing in the company and force a business shutdown.

These situations are unfair to the directors who were not involved in the misuse of company funds. They do not deserve to lose all they have worked for in the past few years.

Fortunately, the CEO had purchased Director and Officer (D&O) insurance when he began the business.

Director and Officer (D&O) insurance protects company directors and managers from claims which may be an outcome of decisions and actions taken by the insured or other company directors. However, the insurance will not cover directors or officers that have been proven guilty of actions that break fiduciary duties.

The two innocent directors defended their case, proving they were unaware of the misuse of funds. So, the investors demanded a portion of compensation for their loss and decided to continue their investment if the CFO was no longer involved in the company.

Every business should purchase D&O insurance, including startups. The insurance is not just a liability cover; it protects your company from other actions.

Any employees, directors, or managers could misuse company funds, affecting all directors. With D&O insurance, innocent directors can defend liability and their reputation. No company deserves bad status due to one person’s actions. The insurance helps avoid financial loss, company shutdowns and a chance to defend against damaging allegations.

In this case, insurance was the key to helping the two directors. Allowing them to move on and focus on a successful future.

To Learn More about D&O Insurance and cover your director and officer’s liability in Hong Kong and Asia, contact Red Asia Insurance.