What Risks Does the Cannes Film Festival Face?

Movies, films, motion pictures- many ways to describe the visual entertainment that we enjoy and get lost in. Films show us a story through another person’s eyes with a combination of images, music, dialogue, lighting, sound, and special effects.

The film industry is one of the toughest industries with a large amount of competition and critics. However, the best feeling for a filmmaker is being rewarded for their art, especially at a prestige award shows such as Cannes.

The Cannes Film Festival (Festival de Cannes) is one of the most admired awards shows in the industry. The festival judges films from around the world and is one of the only awards that give amateur filmmakers a chance to win. Every year, the festival is held in Cannes, France – from May 17th to 28th this year. It involves showing various movies and then ends with an award ceremony.

Unfortunately, the occasion can be full of various film festival risks, from public liability, equipment/property damage to filming risks. Therefore, the organisers and partners purchase an extensive range of insurance to be protected if things go wrong. The article will explain what insurances can avoid film festival risks at Cannes or other film events.

What are Cannes Film Festival Risks?

The festival is more than just an award celebration for films. It is a magnificent 30-million-euro budget event where celebrities glam up for the red carpets, broadcasting/filming, main events, after-parties, and many hidden secrets.

The organiser and other involved businesses are liable for many duties. These duties may include ensuring everyone attending is safe, their property is protected, only invited people can get in, equipment, etc.

The ideal mission is to ensure the event goes smoothly without any hiccups, but unfortunately, this is not always the case. There can be cases where third parties get injured, equipment damage, lost jewellery, or sudden accidents. They are known as the film festival risks.

Why does Cannes need Insurance to Avoid Film Festival Risks? 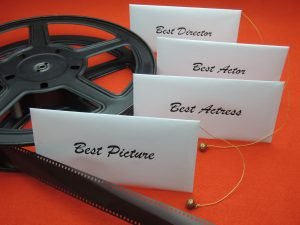 At the Cannes film festival, each film showing is counted as an important event, as each movie has its red carpet, photographers, and specially invited audience. In addition, the festival ends with the main award ceremony attended by thousands of guests at the Palais des Festivals et des Congrès. Therefore, each event and award ceremony is as important as the other, but the more events, the more film festival risks.

These risks can include a guest slipping and falling during the red carpet/show or property damage. For example, a guest accidently slips due to damaged stairs and injures herself during the main event. The festival would be liable for taking care of medical bills and providing compensation due to the event’s negligence.

These risks can cost the organiser an additional expense to compensate(guest), repair or replace (equipment). Hence the film festival purchases event insurance beforehand. Event insurance covers a range of risks that could affect the event or an accident that occurs during the event. The insurance will cover equipment damage, third party injuries and weather cancellations. As filmmakers say, “the show must go on”.

The festival is full of photographers and videographers capturing each minute, from the glamourous red carpet looks to the award ceremony. Cannes festival organisers hire their film crew, and some are from private businesses. Both parties have film festival risks that could ruin their efforts and result in a hefty loss. 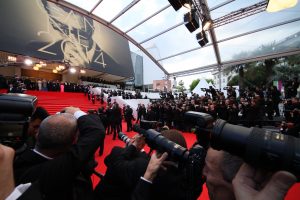 One of the risks is shocking accidents that could result in the equipment smashing and losing all the footage. Additionally, crew member injuries– for example, a crew member focused on capturing that perfect moment may accidently fall over wiring and breaks the camera and his bones. These situations could cost a business a significant amount to replace the equipment and cover crew members’ medical.

In such cases, businesses need to purchase film insurance beforehand. Film insurance covers the company or individual film project(shoot) from possible liabilities during filming. The insurance policy can cover injuries on the job, equipment damage, third-party damage, and error & omission claim. Even if it is just a 10-day job, anyone recording the event should have this insurance, just in case.

As soon as we hear the red carpet, we think of fancy dresses, expensive jewellery, and beautiful looks. But did you know that celebrities don’t own their red-carpet jewellery? Instead, brands loan them beautiful necklaces, earrings, and watches to gain publicity. On average, celebrities are loaned jewellery worth US $200,000 to US $1 million. 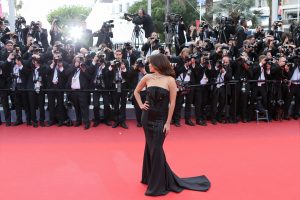 For example, in 2013, -a thief stole Chopard jewels worth more than US $1 million at the Cannes Film Festival. They were stolen from the safe in the Novotel Cannes Centre room of a Chopard employee. The jewellery was intended to be loaned to stars walking the red carpet.

Like any other festival, there are several parties after the main festivals. Many of these parties are hosted by celebrities, businesses, and brands. As fun as the parties are, they have many risks. Especially as the host is held responsible for anything that occurs at the party. 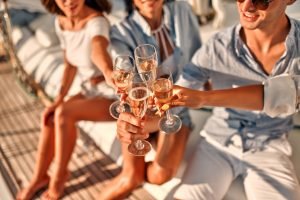 Similar to the main event, the risks include injuries or property damage at the hosting venue. In fact, even if a top celebrity hosts the party, they are still liable for these risks at the event.

Once again, the hosts (especially businesses and brands) should purchase event insurance to avoid such risks. These public liability risks are even more likely when guests are intoxicated. Event insurance will reimburse the cost of injury or property damage at the party. Sometimes things go wrong when guests are having too much fun, and insurance makes it easier to deal with it later.

Do All Film Festivals Need Insurance?

Lights, Cameras, Insurance-Film festival risks could affect any festival. One small mistake or accident can lead to a tragic, costly outcome. The risks can cause the organising business a large amount of financial loss, claims and major stress. They can occur at any point of the festival from the start to the end and are mainly unavoidable.

One of the main benefits is avoiding financial loss. Facing these risks is costly and shakes up the tight budget. Although it feels great to know that the insurance policy will reimburse and support the costs spent.

Additionally, the insurance allows the organiser to go on with the festival with less stress. An extremely controlled event isn’t as fun, and the organiser’s primary focus should be the guest’s enjoyment.

To Learn More about various insurances that can protect your film festival , contact Red Asia Insurance.